London, 7 December 2022 – The majority (56%) of UK investors who invest in venture capital plan to increase their VC allocation in 2023, one-in-five (20%) ‘significantly’ so, new research from Digital Horizon has found. Despite the current state of the market, against the background of plummeting valuations and ongoing political and economic uncertainty, the research suggests that optimism in the future of the start-up scene, and appetite for venture capital investing, both remain strong.

Digital Horizon, one of the fastest growing European VC funds and venture builders, commissioned a survey of 250 UK-based investment decision makers who invest in venture capital, to get an insight into the key issues, challenges and opportunities impacting them today. Three-in-five (62%) said they are going to increase their average VC investment cheque size next year, providing another positive growth signal. When describing how their portfolio is going to be structured, over half (54%) of respondents said it would be mostly early-stage. A further 18% said it would be multi-stage. 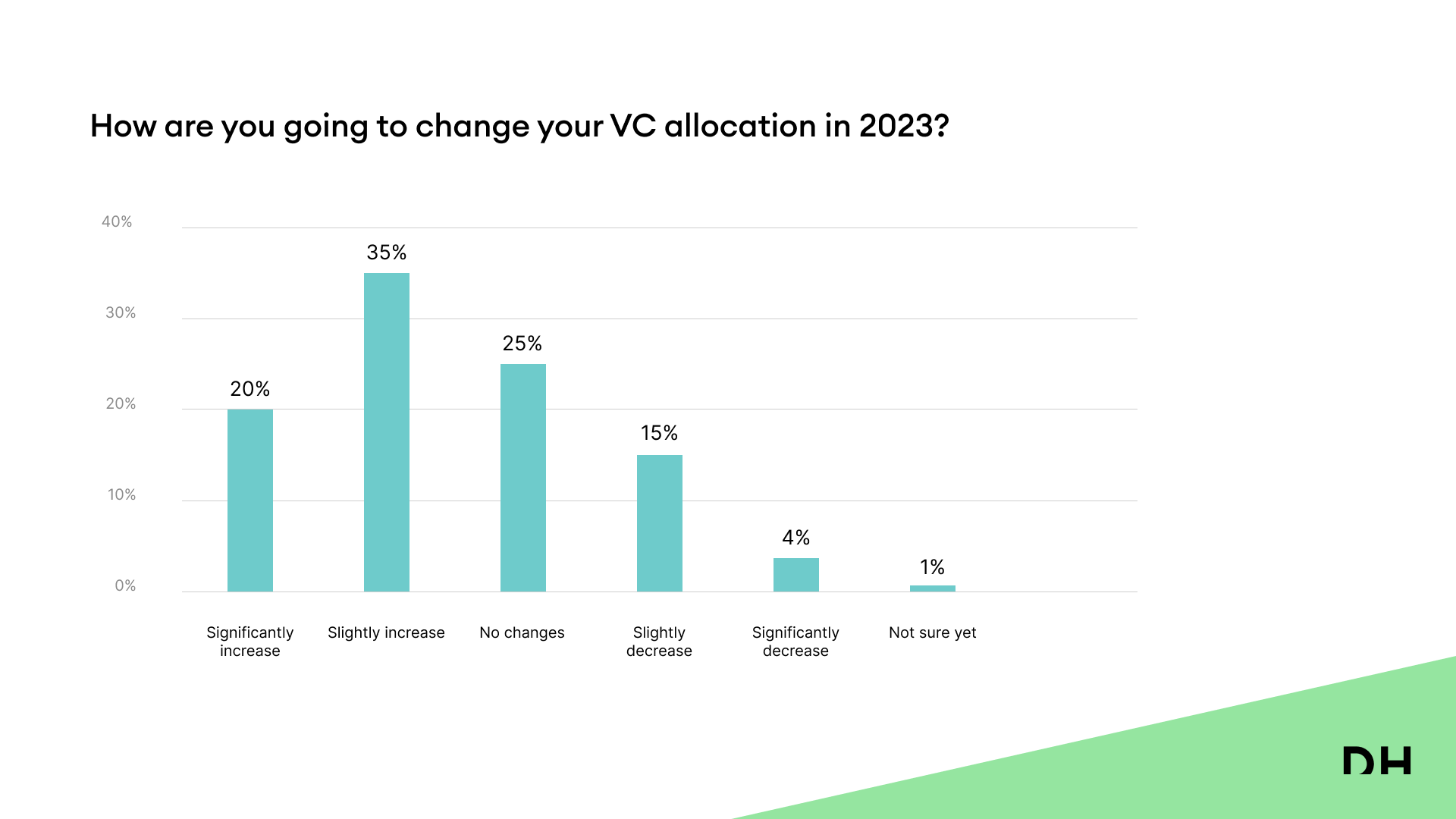 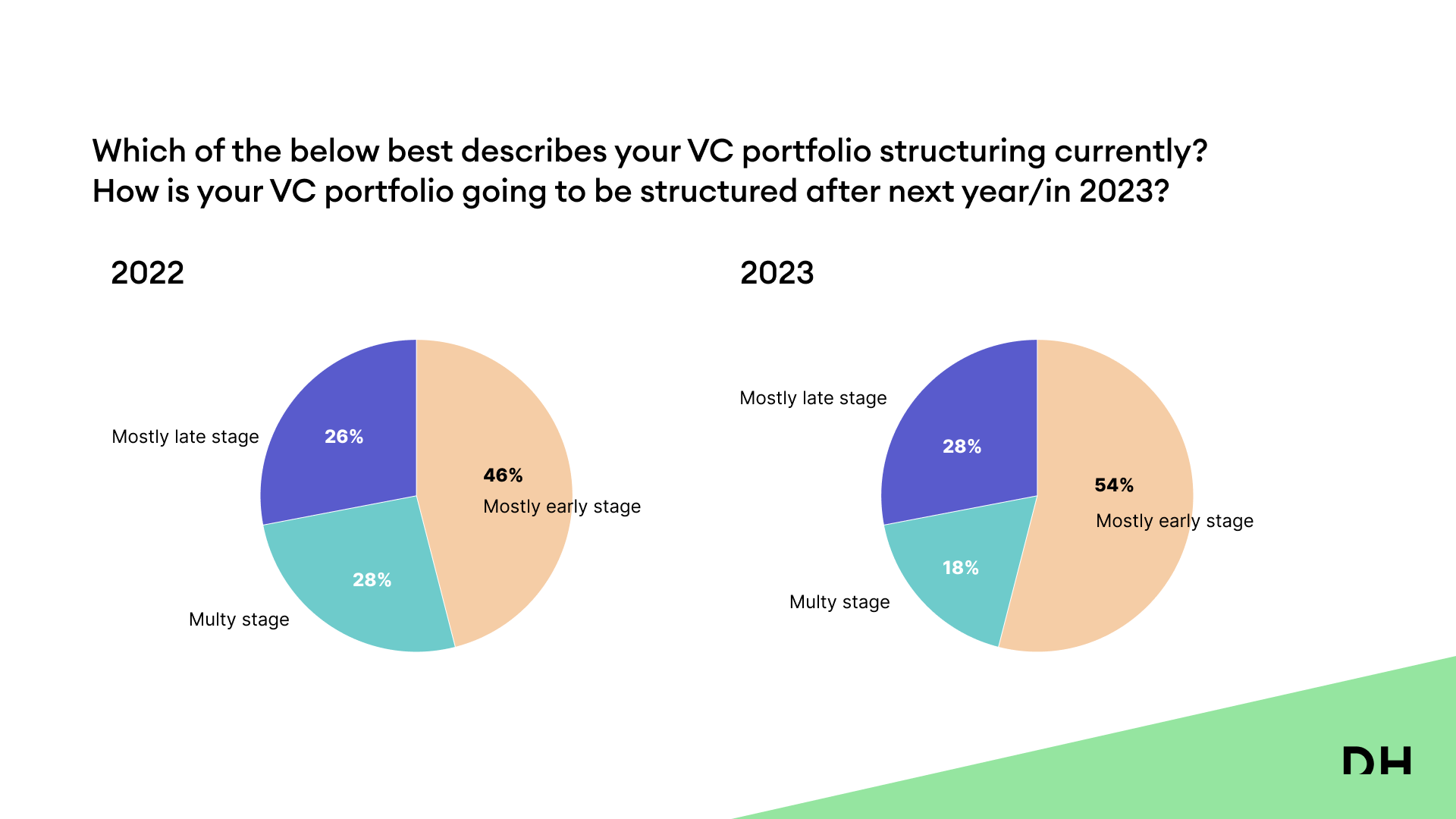 Over a third (35%) of respondents plan to invest in the UK next year – second only to North America (44%) – a vote of confidence for the UK, despite the economic and political volatility it has endured in 2022. 30% are eyeing 2023 investment opportunities in the MENA region. Over a quarter chose Latin America (28%) and Europe (27%). 23% said they will invest in Asia, and 14% plan to invest in Israel. 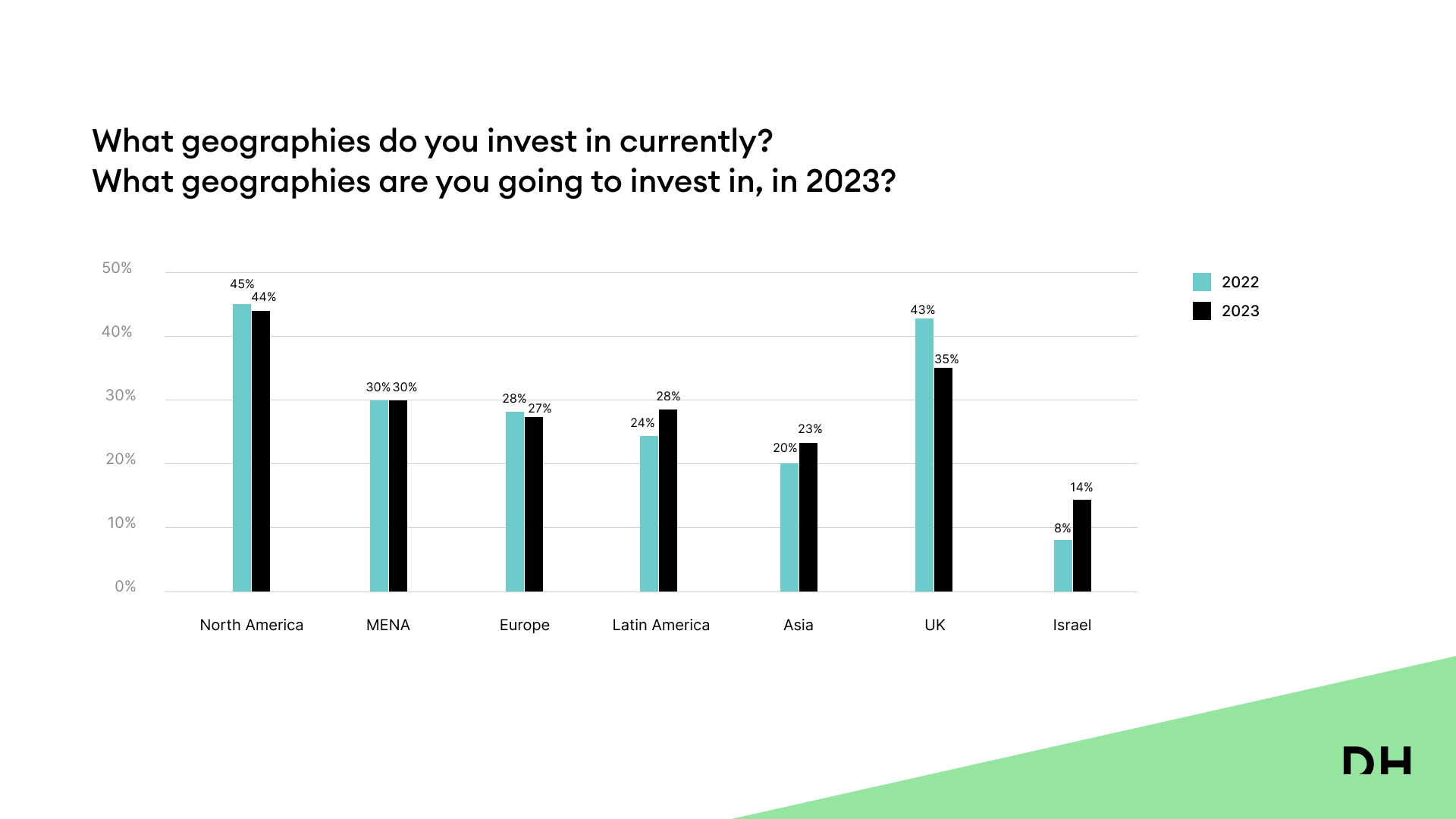 After a year marked by economic and political uncertainty, the survey also uncovered the relative impact of macro events on respondents’ investment strategies, ranked as follows:

When asked about the factors that have the greatest impact on the attractiveness of the venture industry, a lack of transparency in valuations came out on top, chosen by 46% of respondents. Low asset liquidity ranked second, at 45%, and fees and commissions ranked third, at 44%. Performance closely followed, at 43%. 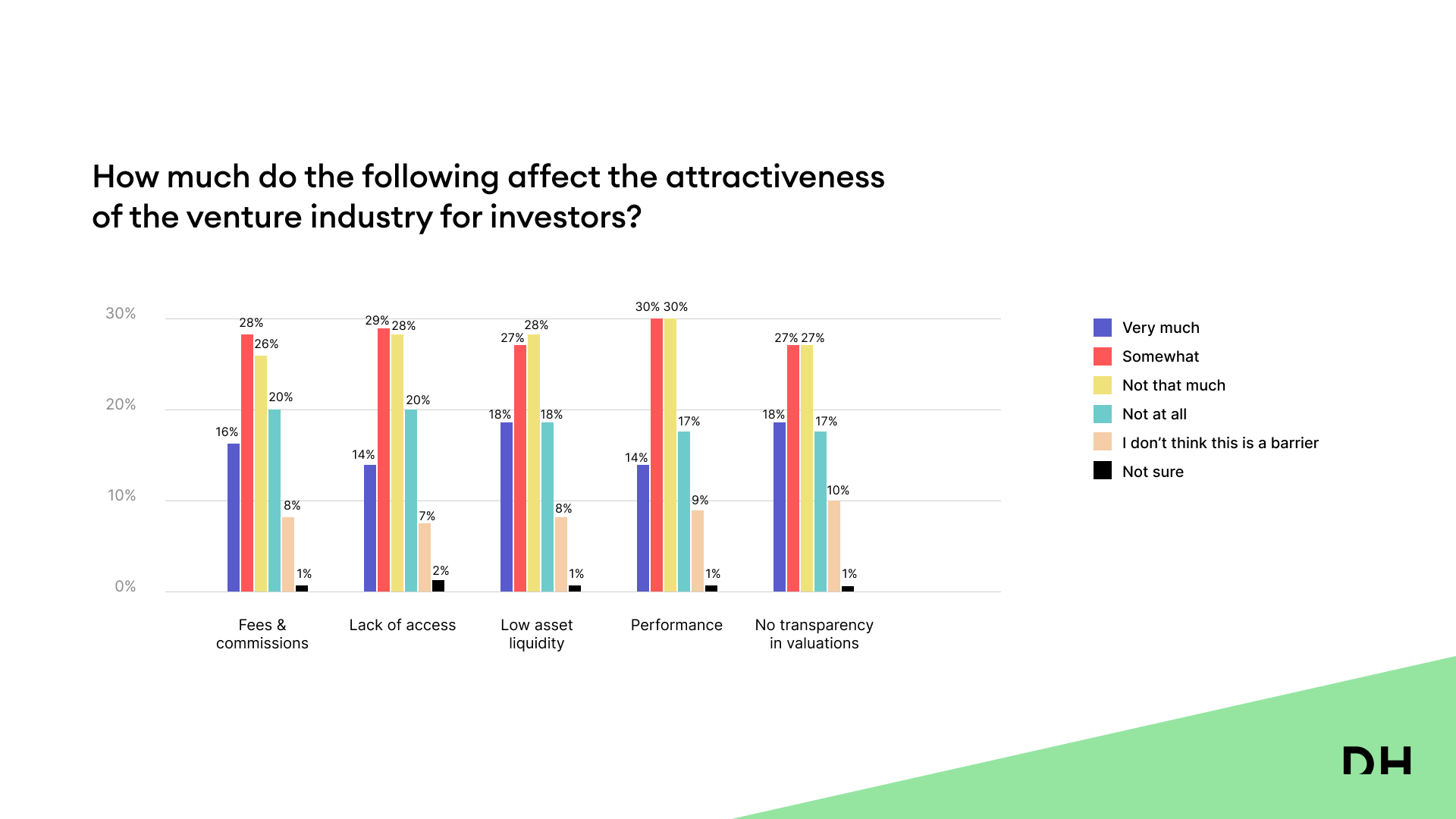 Two-thirds (68%) of early-stage investors say that they are considering adding new investment managers/funds into their portfolio next year. Of those that said yes, 66% said that they would consider investing in emerging fund managers, increasing to 84% for brokers and 76% for institutional investors.

Looking at investors’ decision-making process when assessing new potential VC funds, investment stage emerged as the most influential factor, chosen by half (50%) of respondents, reflecting further signs of growth in early-stage investing. This was followed by the involvement of the fund team with the development of portfolio companies, at 45%. Two-in-five respondents consider geographical focus, brand recognition, and financial background of the General Partner or team, at 42% each. A third (32%) said that they are planning more co-investments with VC funds and the same proportion is looking at investments into fund of funds (32%). 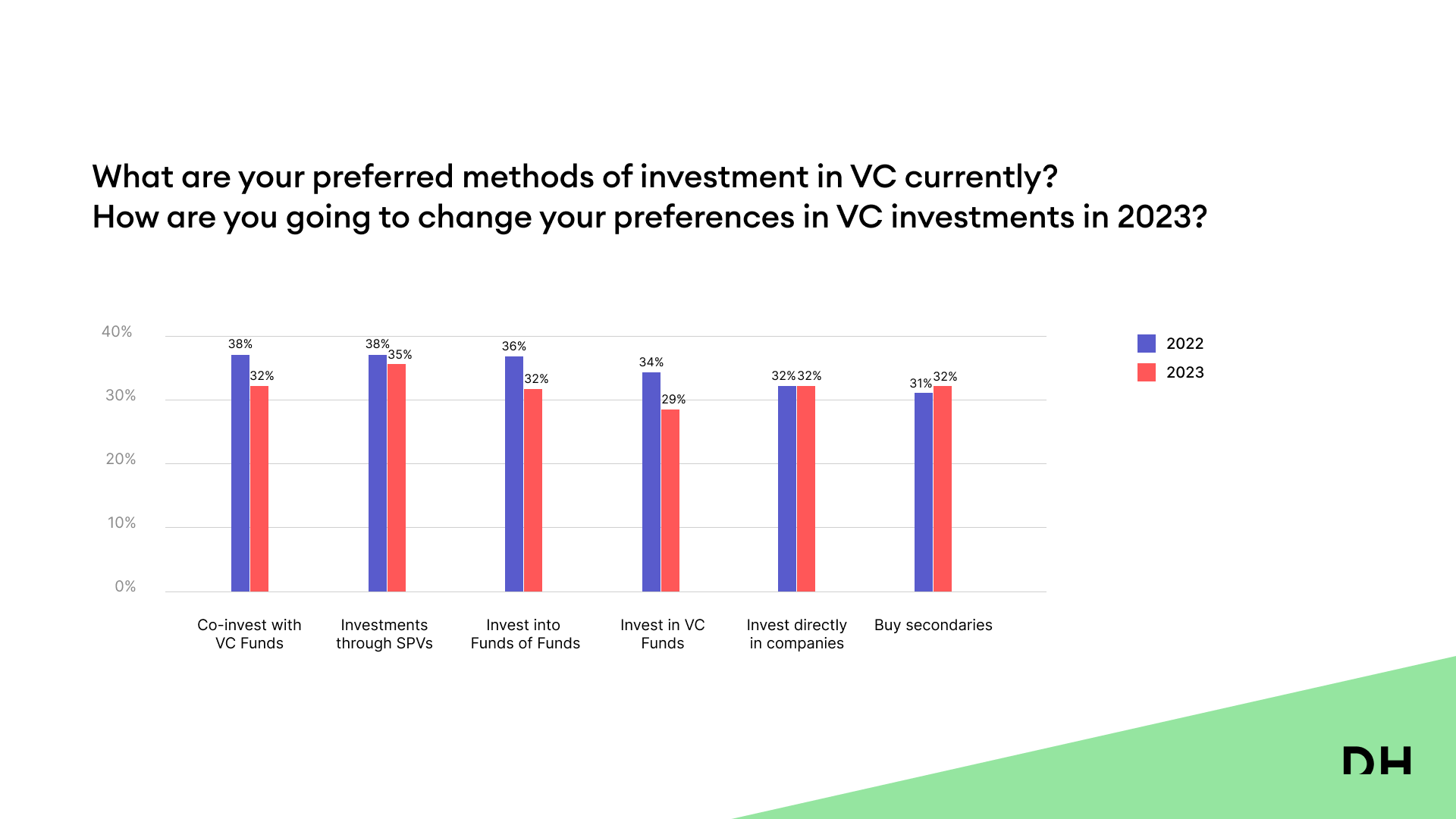 “Against the backdrop of tumbling tech valuations, political upheaval, and an impending recession, it’s incredibly encouraging to see that institutional investors retain a strong appetite for venture capital.
“As we enter 2023, there is a clear desire among LPs to increase VC allocations and a demonstrated preference for early-stage investments, with the majority stating they envisage their portfolio being mostly early-stage next year. Whilst the UK has faced an exceptionally challenging year, economically and politically, there’s a strong sense that optimism in the region remains.
“What’s clear is that LPs are adjusting their approach – eyeing new and emerging investment funds and managers, and considering more investments through SVPs, direct investments and secondaries. And it’s important that GPs adapt to these shifting preferences to stay ahead of the curve.

The survey results in this release are taken from a Censuswide survey of 250 UK based LPs including institutional investors, family offices, asset manager and brokers, conducted between 7-9 November 2022.

Digital Horizon is a next generation venture capital firm headquartered in London.

Digital Horizon has substituted the traditional approach to venture capital investment for its ‘new age’ methodology, which accelerates return on investment at every stage, minimizes risk and maximizes profitability. Digital Horizon supports and empowers passionate founders, especially migratory and diverse talents, who are creating enduring and meaningful start-ups.

Digital Horizon manages two multistage funds, a growth fund and a venture builder, and predominantly focuses on the fintech and enterprise software sectors. Its funds have invested in a portfolio of successful start-ups including Klarna, Lemonade, Monday.com, Ably, and Bolt.

Digital Horizon was founded in 2018 by Alan Vaksman, a venture capitalist and banker with over 20 years of experience in the UK, Europe, and Africa.